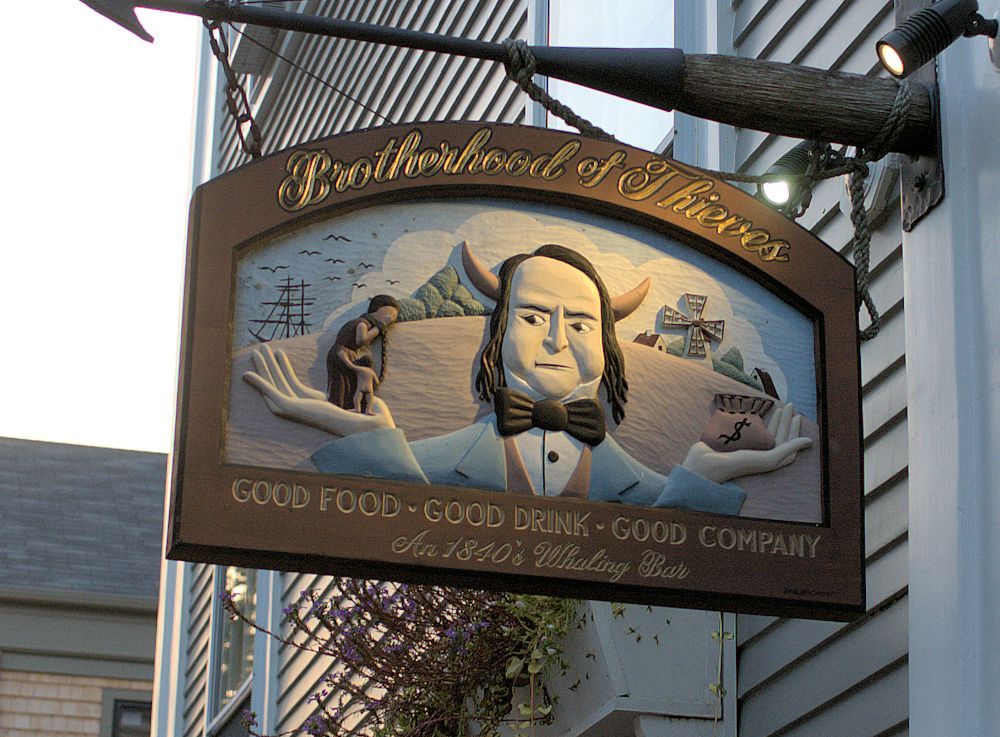 The Brotherhood of Thieves has been a fixture on Nantucket since 1972, providing families a convenient place to eat relatively inexpensively. It was damaged by fire in 1999, but was reopened in 2004 thanks to restaurateurs EJ Harvey and Larry Wheldon. In 2011, Chef Christopher Hinds was appointed Chef de Cuisine, and oversees all operations.

In fact, it was Hinds work that brought back the quality the Brotherhood was known for and their menu now emphasizes burgers and specialty sandwiches, along with a few entrées and shared plates. They have 9 different craft beers on tap, and of course feature a children’s menu as well.

The restaurant is exceptionally popular in high season as visitors and day trippers look for a quick, but decent place to take their children for lunch or dinner.

We dropped by the Brotherhood last Tuesday, and found it much the same. The lower level remains as it was, rather like an old whaling bar. The upper levels are more light and airy. 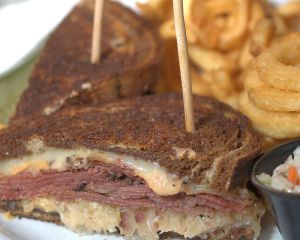 We ordered an excellent Reuben sandwich ($18) and the Brotherhood Burger with cheddar ($15). Both come with curly fries. The Reuben was juicy and flavorful, and so substantial that we save part for the next day’s lunch.

The burger was pretty good, but neither as juicy or as flavorful as you can get right across the street at Le Languedoc for only about $3 more. The fries likewise were fairly good, but not in the class of Le Languedoc’s.

Overall, The Brotherhood is a really decent family restaurant, but for burgers only, go across the street.