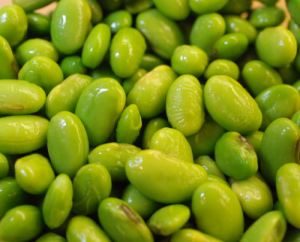 According to a press release last Friday from the Organic Consumer’s Association, global farming and environmental groups plan to put Monsanto on trial for “crimes against human health and the environment” in the International People’s Court in The Hague, Netherlands.

The trouble with this press release is that no such court actual exists and this is essentially a publicity stunt calculated to smear Monsanto and its wildly successful seed technology. Of course, Syngenta, Dow, DuPont and Bayer are also in the business of breeding genetically altered seeds, but are not mentioned in this propaganda release.

According to the release by the Monsanto Tribunal, Monsanto is able to ignore the “human and environmental damage caused by its products…by resorting to lying and corruption, by financing fraudulent scientific studies, by pressuring independent scientists, by manipulating the press and media, etc.”

The “tribunal” is being organized by the usual anti-GMO suspects, including Ronnie Cummins, director of the Organic Consumer’s Association, philosopher and anti-biotech activist and bully Vandana Shiva, misidentified as a physicist, Anti-GMO fraud Giles-Eric Seralini, Marie-Monique Robin, author of the screed The World According to Monsanto. It is also supported by Seralini’s organization CRIIGEN and IFOAM, the European equivalent of the Organic Consumer’s Association and just as biased.

However, the tribunal offers not a single shred of evidence to back these wild claims and neglected to mention that there has not been a single documented case of GM crops affected human (or animal) health. Nor is there any evidence that biotech crops are worse for the environment. To the contrary a German  literature review  showed that “GM technology adoption has reduced chemical pesticide use by 37%, increased crop yields by 22%, and increased farmer profits by 68%.” And an Italian group of scientists reviewed all GMO papers published in the past decade, and in 1783 papers they could not find a single instance of GM crops posing danger to humans or animals. Moreover, a Decade of EU funded GMO Research found that GM crops posed no harm to humans or the environment.

Based on these findings and many more, we would expect to hear some significant challenges to these findings by the tribunal, but instead they vaguely allege fraud and corruption but no specific harm, because none has ever been found.

This tribunal is a sham trial, based in no existing court, but rather a small group of activists who will rent some space in The Hague for their anti-biotechnology theater next October. It is not likely to advance knowledge in any significant way.