This column was originally published in June, 2015, but still seems relevant. 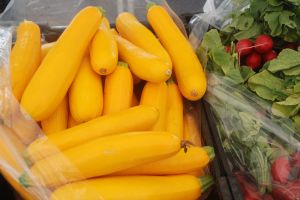 I am writing to you as one of your supporters. I have made (for me) a substantial contribution to your campaign for President.

But I must disagree with your column in the Huffington Post as well a recent statements urging Congress to pass a bill requiring labeling of food containing genetically modified ingredients. Your logic seems to be that consumers have a “right to know” what they are eating. In fact, this is disingenuous, because “GMO” is a process for breeding plants, not an ingredient. The plants (corn, soy, alfalfa, sugar beets, papaya and squash) are nutritionally identical or they would never have been approved. Testing of a new GM crop variety takes over 10 years, and is the most rigorous testing of any food on the market.

The FDAs position is and has been that new crops do not need to be labeled unless they are demonstrably different from the parent plant. This is not the case: GM crops have the same nutritional profile as their non-GM parent.

You suggest that Vermont’s GMO labeling bill was passed despite Monsanto’s threat to sue Vermont. In fact, Monsanto labels all its seeds. Vermont is being sued by the Grocery Manufacturer’s  Association, the National Association of Manufacturers, the International Dairy Foods Association and the Snack Food Association: organizations that will incur real costs if the Vermont labeling bill is upheld. You can read Robert Sacherich’s analysis of the bill here. Because of the costs of maintaining duplicate supply chains for GM and non GM crops, a Cornell study has estimated that such labeling will cost the average family at least $500 a year in increased food costs.

And to what avail? To label foods that have never been shown to cause any harm in the past 20 years, just to satisfy the curiosity of a few activists? You must surely know that Vermont lost a similar case in International Dairy Foods Association v  Amestoy, where the judge ruled that consumer curiosity is not a valid reason for imposing costs on dairy manufacturers.

You state that most people (90%) want GM foods to be labeled, but this is a misleading number obtained from polls asking leading questions. If you ask people what additional information they think need to be on food labels, both a US study and a European study found that only 2% suggested GMO labeling. This is hardly a groundswell.

You suggest that concerns about toxins and allergens have been “largely brushed aside.” In fact the FDA requires very extensive testing of new GM crops, which can take more than 10 years and cost more than $100 million.

You cite the paper by Aris and Leblanc in Reproductive Toxicology that claimed to find glyphosate and Bt toxin in a sample of mother’s breast milk. However, this paper has been roundly debunked, noting that the sensitivity of the ELISA technique is less than the levels of contaminants allegedly found.

In fact, the only purpose served by GM labeling is to demonize GM crops and push people towards more expensive, but nutritionally identical organic crops. Since much of the anti-GMO protests have been funded by the organic foods industry (which is larger than Monsanto), it is not surprising that this demonization has begun to work. A recent study has shown that organic sales have grown because of this demonization.

In short, I continue to support your campaign, but suggest you need more scientific advisors to keep your campaign credible. Should your staff care to contact me, I can give them a number of names of scientists who can help.

Best regards in your campaign efforts!