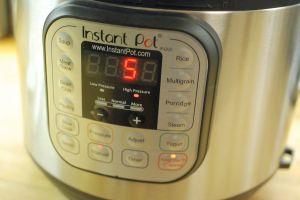 The Instant Pot is this year’s foodie must-have device. It’s basically a modern microprocessor controlled pressure cooker, but you can also use it as a slow cooker, a rice cooker and a vegetable steamer. And it’s not really very expensive. It sells for $119 but there have been sales from time to time.

We took advantage of a deal and ordered one. What to do first? We were intrigued by the idea that you could use the Instant Pot to hard boil eggs and that they would peel easily. Here’s one recipe, and here’s a slightly different one.

In both cases you can put up to a dozen eggs on the rack in the pot and pressure cook the eggs. One recipe says for 5 minutes and then let the pot cool for 5 minutes before depressurizing it. The other says cook for 8 and open right away. In both cases, you then plunge the eggs into icy cold water, which is supposed to shrink the egg away from the shell so it will peel easily. We tried this, using the first method, and finding the eggs a little dry, we cut back on the 5 minutes of resting to 2 minutes and repeating the experiment.

We also cooked 2 hardboiled eggs in a pan. The usual way to get peel-able eggs is to drop the eggs into boiling water, turn off the heat, cover and let stand for 10 minutes. Then you plunge the eggs into ice water just as above.

So comparing, how did they turn out?

But plunging eggs, cold from the refrigerator, into boiling water is a bit risky, and they may crack. If they were at room temperature, this probably would not have happened. The uncracked egg peeled perfectly, just as those from the Instant Pot did. The cracked egg was a bit more challenging to peel, as the shell stuck in a number of places. 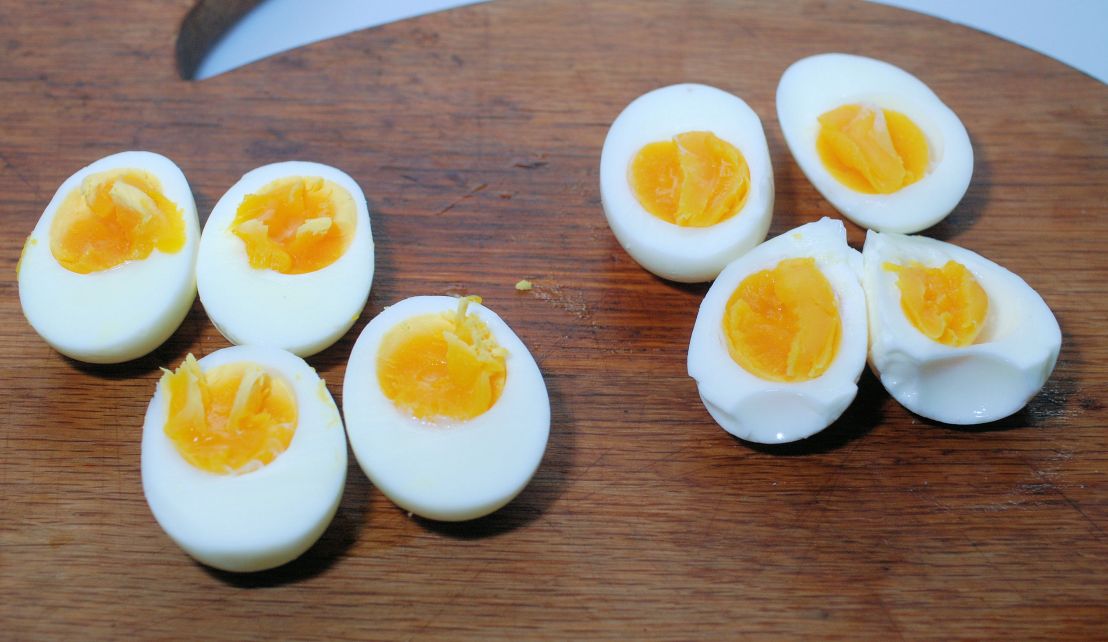 All four eggs looked very nice. We had selected cooking times that left the yolks somewhat moist in both cases. You could cook them longer if you don’t like them that way.

And how did they taste? Well, they tasted identical, but the whites of the pressure-cooked Instant Pot eggs were considerably firmer. You notice this biting into them, and if you press on the whites you will find significantly more resistance in the Instant Potted eggs.

But the very best eggs were made using the steamer function under low pressure. The timing is the same, but the whites are not hard and rubbery: thye taste like normal hard-cooked eggs.

We also tried a couple of eggs, leaving them in for the full 5 minutes before releasing the pressure. This made much drier yolks, so we don’t recommend it.

The conclusion:  If I had a dozen or more eggs to cook (for Easter or Passover, for example) the Instant Pot does a great job.  If I had only two to do for myself, I’d probably just use the pan or a simple vegetable steamer.