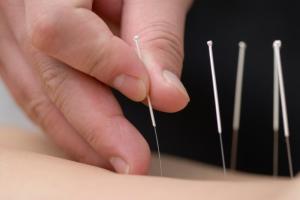 The New York Times today had an editorial “by the editorial board,” asserting correctly that overuse of opioids for pain relief is a serious problem. They say that Doctors Will Play a Critical Role in the Opioid Epidemic.  They cite Surgeon General Dr Vivek Murthy’s web site Turn the Tide and suggest that doctors need to look for pain relief without so much emphasis on opioids.

So far, so good. But the Times goes on to say that for back pain and surgical pain doctors have many other options, including, “physical therapy, anti-inflammatory drugs, acupuncture, exercise and so on.”

Well these are not the same thing at all. Physical therapy is well recognized by the medical profession as a significant contributor to patient’s well-being.

Acupuncture is the one that is “alternative.” And guess what”

Alternative medicine is made up of things we don’t know work and things we know don’t work.

Acupuncture is not an accepted medical treatment because there is no freaking evidence that it works! Mark Crislip has written about the failures of acupuncture studies in detail. And so has David Gorski.

They note that there is no evidence that it releases endorphins in a large number of cited studies, suggesting that it is essentially a placebo effect, or “the same as beer goggles.”

The explanation of acupuncture and its “meridians” has nothing to do with science based medicine and the New York Times editorial board or some of their writers must surely know this!

And the Australian group ScienceInMedicine asks the rhetorical question “Is there any place for acupuncture in 21st century medicine?”

Following Betteridge’s Law for headlines, here is their conclusion after an extensive research review:

“Acupuncture has been studied for decades and the evidence that it can provide clinical benefits continues to be weak and inconsistent. There is no longer any justification for more studies. There is already enough evidence to confidently conclude that acupuncture doesn’t work. It is merely a theatrical placebo based on pre-scientific myths.”