The menu at Knot Norm’s is straightforward, but everything on it is excellent. In addition to the above-mentioned lobster roll, they have fried oysters, fried chicken, steak and cheese, brisket, BLT and pork belly rolls. Other entrees include roasted oysters,  fish tacos, fried chicken wings and beet and apple salad.

They also have a large number of bottled craft beers and a number of wines. On tap were Allagash White and Allagash Hoppy Table. 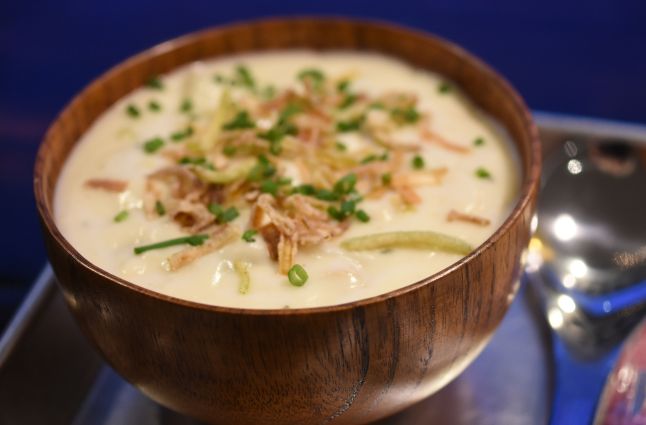 They also have various daily additions, which on Tuesday included clam chowder, potato-leek soup and lobster bisque. We had to try the Chowder ($8): it was served with frizzled onions and chives on top as well as the usual oyster crackers. The soup was thick without being gluey, full of potatoes and plenty of clams and was absolutely delicious. 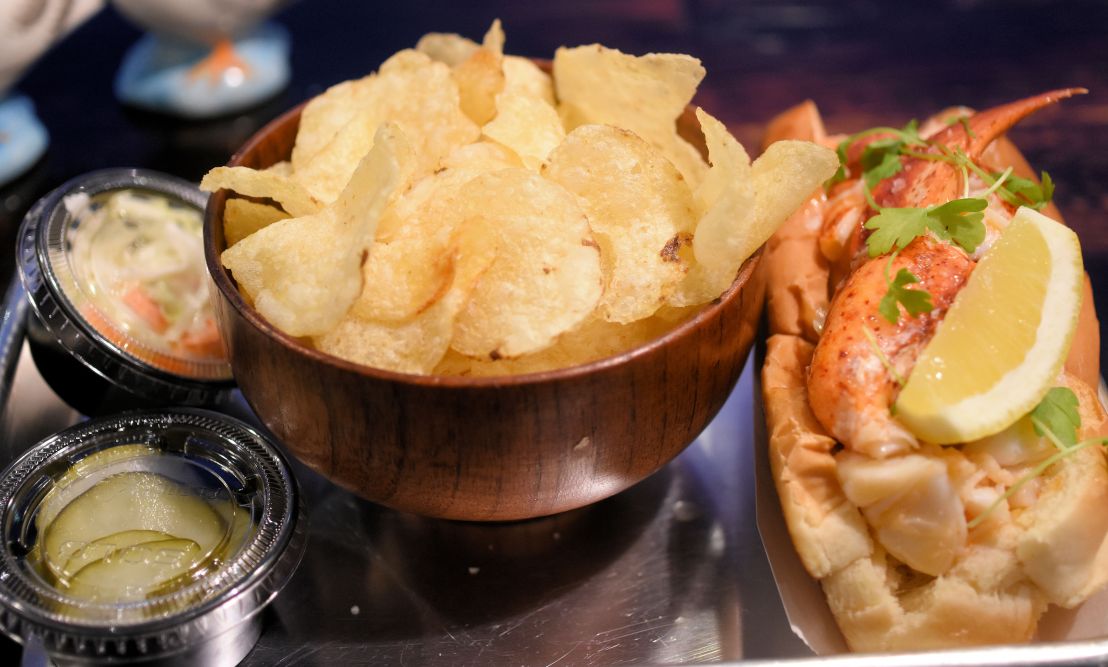 But to get to the main event: the Lobster Roll is simply amazing. The lobster is steamed and then the shells removed and the lobster poached in butter. The lobster is served on a traditional toasted New England hot dog roll, with that same lobster butter poured over it. You also get a large bowl of potato chips, lemon, coleslaw and pickles. And, according to the chef, you get an entire lobster on that roll, about 6 oz of delicious lobster. You’ll probably never have a better lobster roll. And it is only $23.

And if that isn’t enough (and it was really filling) it turns out that the chef tries out new dessert ideas on Tuesdays, and I got to sample a delicious Cheese Blintz made by rolling out those same hot dog buns, sprinkling them with cinnamon and sugar, spreading sweetened cheese on them, rolling them up and toasting them briefly. They were served with strawberries, blueberries and whipped cream. Utterly amazing!

Here is a restaurant you simply have to go try! The food is terrific and the service excellent. The restaurant is small: about 16 seats, but there will be more outside as the weather warms. Tables turn fairly rapidly, I would expect because the menu is fairly limited. Parking is on-street and you may have to hunt a bit if it is busy. The 15 minute parking sign is not enforced at night.

The waitress told me that next time I really had to try the Lobster Bisque: unlike most bisques, this one has pieces of lobster floating in it!