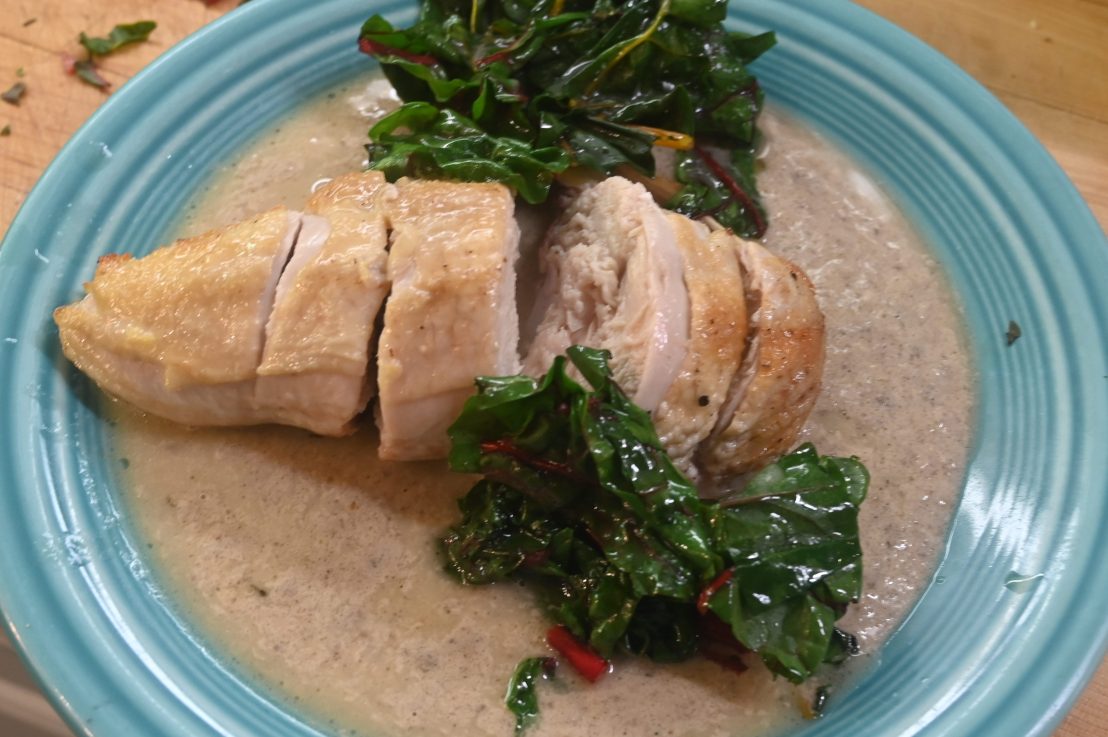 The idea behind this recipe in Bon Appetit is a good one. Making mushroom puree to go with chicken breasts (which are less flavorful than thighs) is a good one. But this is another case where the recipe just doesn’t work out at all like the photo: a problem we have with most recipes in Bon Appetit.

The complete recipe is linked here, but amounts to browning bone-in chicken breasts and then cooking them in the oven at 350˚ F for about  25 minutes.

Meanwhile, you make the mushroom puree from

Ideally the breasts are done now, and you put the puree on each plate and top with the sliced chicken breasts and a little sauteed Swiss chard.

I can tell you that the puree is really delicious and would work with any sort of chicken as a sauce.

But there are problems

Our conclusion is that a simpler version of this recipe has real promise, but we’d not go through all those steps again.