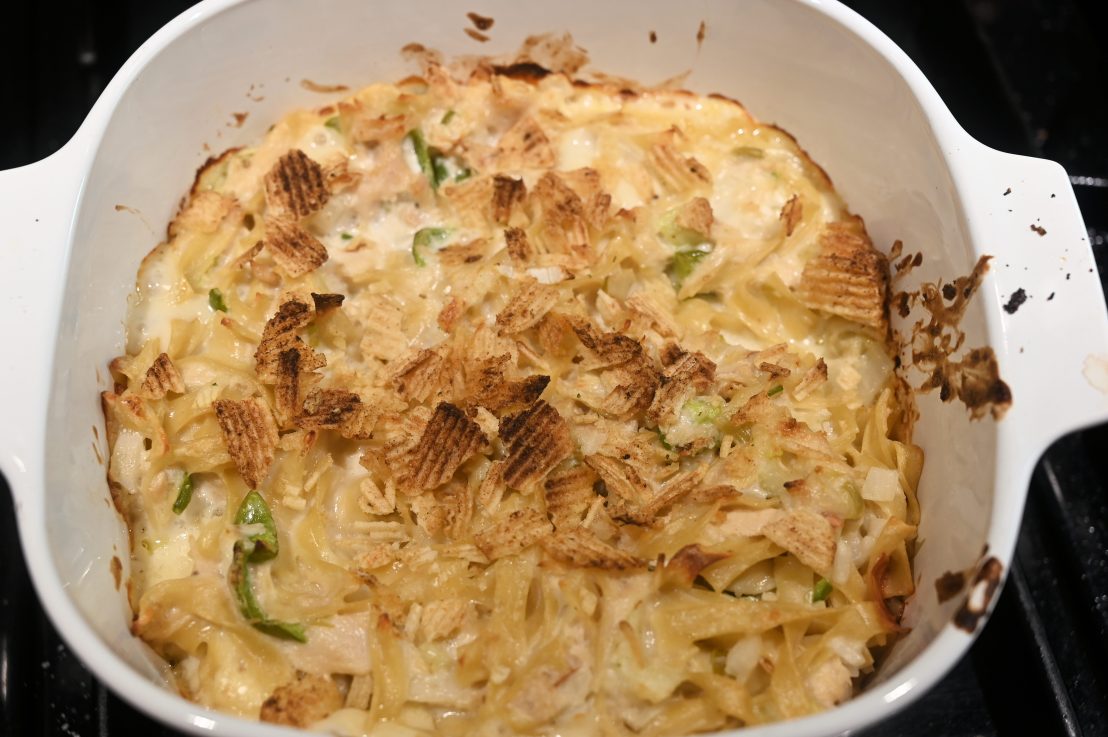 This midwestern favorite wouldn’t exist without the historic contributions of the Campbell Soup company. Campbell’s was founded in 1869, selling canned tomatoes, fruits and vegetables, but in 1897 the company’s manager, Arthur Dorrance, hired his nephew, Dr. John T Dorrance, to join the company. John Dorrance was a chemist by training and developed a method to eliminate much of the water in canned soup, making it much easier to can and ship. These canned soups in the familiar 10 oz cans would serve several people when the water was added back in and sold for about a dime per can. This revolutionized Campbell’s entire business, and Campbell’s became the Campbells Soup Company.

In 1913, Campbell’s introduced the a condensed Cream of Celery soup, which along with the 1934 introduction of their Cream of Mushroom soup became the basis for “America’s bechamel,” a simple sauce base the led to thousands of convenient recipes.

In the Midwest, people developed untold numbers of casseroles that they could quickly make for dinner or bring to pot-luck dinners and other social events. In the northern Midwest (Minnesota and North Dakota) these were just called Hot Dishes and their variety is legion.

The tuna-noodle casserole is one surviving casserole from the 1950s that people like me still make. This recipe is more or less the one my mother made, and is much like one in the Better Homes and Gardens Cookbook.

There are a wide number of variations on this recipe: many use Cream of Mushroom soup as the sauce base, but we’ll stick to the 1913 version that used Cream of Celery. Some people add green peas or broccoli to their casseroles: you can adulterate them any way you like, but we’ll stick to the original recipe. You can make it in 10 minutes plus a baking time of around 20 minutes.

We make this casserole using half of a 12 oz package of noodles, which works out to about 3 ½ cups. And be sure to use Albacore tuna for the best flavor.