A lot of recipes for the Instant Pot pressure cooker are just faster ways of doing the same thing, and add only a little advantage. We have found that you can not only make tomato sauce well in the Instant Pot, it’s a lot more efficient both in time and dishes used!

Previously, we made tomato sauce by cutting up the tomatoes into halves or quarters and then chopping them in a food processor. Then we cooked the sauce until all the pieces of tomato had softened before running it through a food mill to remove the skins and seeds. Then we cooked the resulting sauce with added spices until thickened.

The Instant Pot method is much simpler. Just cut the tomatoes in half or quarters and toss them into the instant Pot. Since the tomatoes collapse as they are pressure cooked, you can fill the pot right to the max if you have that many tomatoes. We didn’t have that many yet so our pot was really only loosely 2/3 full. We weighed about 4.2 lbs of tomatoes in this first run. 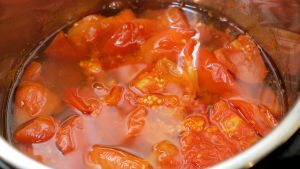 Then pressure cook them for about 20 minutes.  We first tried 10 minutes and they weren’t quite soft enough, so we added 15 more. Probably 20 would have been plenty. Since the tomatoes in the pot are mostly in their own water and not near the steam release spout, you can safely use Quick Release. But letting the pot cool naturally won’t hurt anything.

Then, place a food mill over another pot (sorry you still have to get two pots dirty) and scoop out the tomatoes.  They should mush up quickly in the food mill and go through to the pot below. The skins and seeds remain behind.

Add the following to the sauce in the pot. The amounts depend on your taste and the batch size. 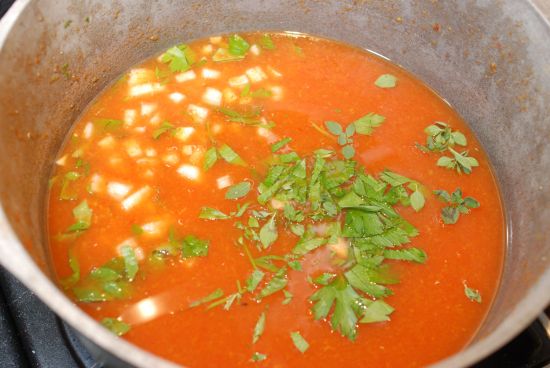 Cook until the sauce has thickened, about 30-40 minutes. 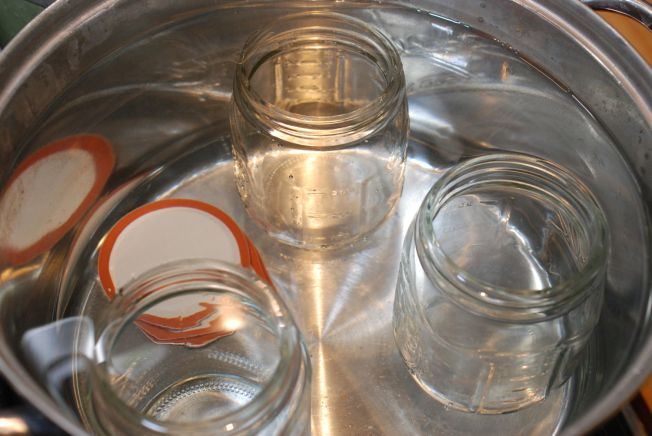 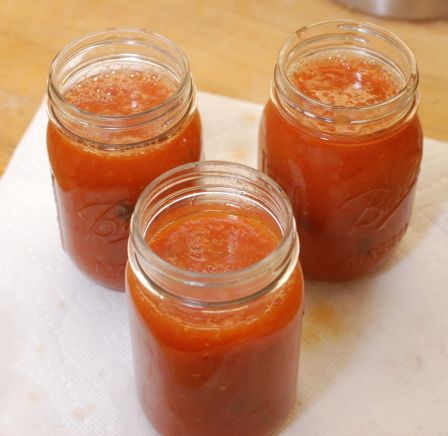 Sterilize mason jars and new lids in a pot of boiling water for 15 minutes. Drain them on a paper towel, add 1 Tb of lemon juice or 1/4 tsp citric acid, and then immediate fill with hot sauce. Wipe off the rims to make sure the lids will seal. Put on the lids and screw them down.

Put the jars back in the boiling water and sterilize for 30 minutes. Remove the jars and let them cool, Make sure each lid “pops” and is concave.

49 thoughts on “Tomato sauce in an Instant Pot”