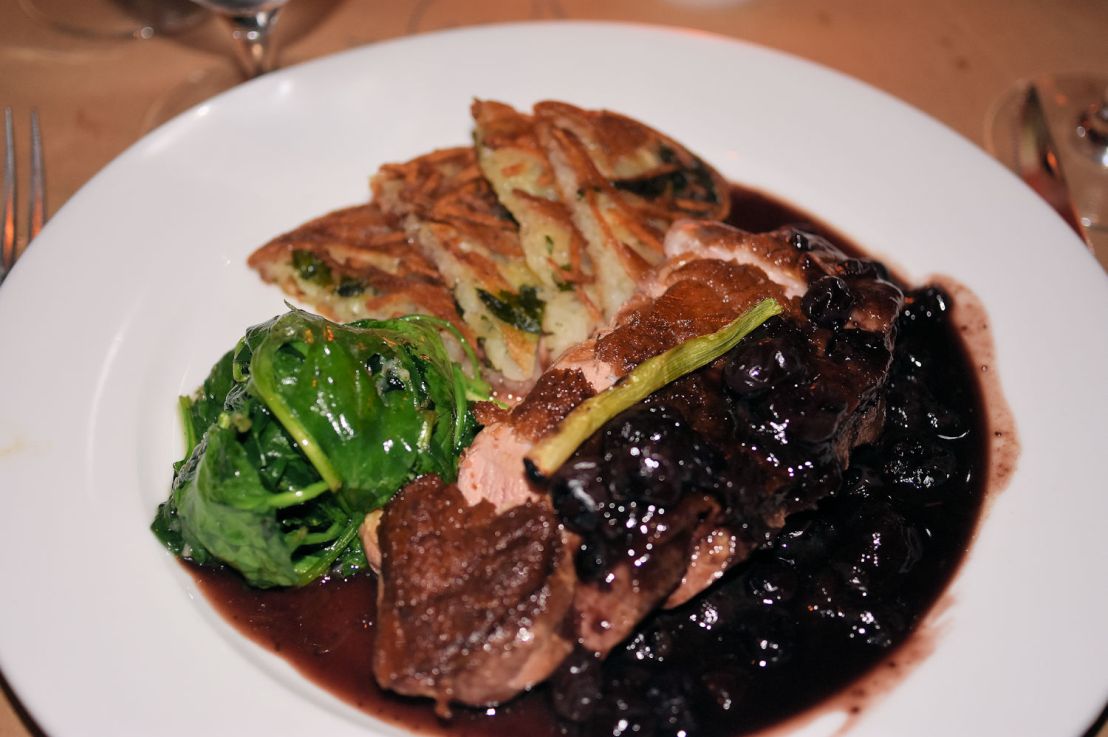 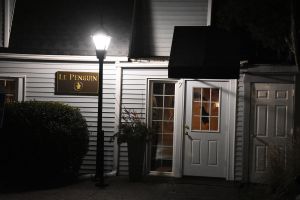 Le Penguin opened in Old Greenwich in 2013, in the space occupied by Jean-Louis, and proved to be a very popular semi-classic French bistro. The owners, Antoine Blech and Anshu Vidyarthi, opened a second Le Penguin, with the same menu in Westport last August in Sconset Square, where The Blue Lemon used to be. It, too, has proved very popular and reasonably priced.

The menu features a number of delicious starters, including Tuna Tartare, Salmon Rilletts, Escargot and Country pate, as well five salads. If you only want a light meal, they have both beef and vegetarian burgers, salads and Croque Monsieur. The main courses are quite varied, including Mushroom Ravioli, grilled Cajun chicken, red snapper, grilled salmon, steak frites, and Mussels (Moules) a la Penguin.

The menu is interspersed with wines by the glass and bottle and they have an additional wine list as well. 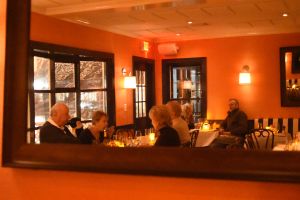 The restaurant is comfortable and informal with excellent service as well as outstanding food.  The mirrored wall on one side makes the place seem more spacious, and the warm lighting makes the overall effect very comfortable. In addition to the menu, Le Penguin announces its daily specials on a blackboard, we gravitated to a couple of them.

For one of our starters we chose their Tricolor salad special with raisins, hazelnuts,  blue cheese and sherry vinaigrette. It was large and flavorful with a nice blend of nut and berry flavors with the lettuces. 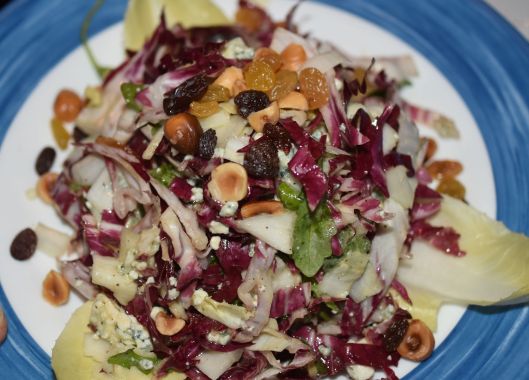 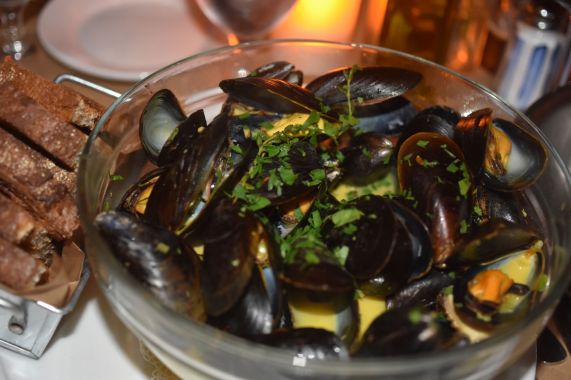 The menu offers their Mussels ala Penguin as a starter ($15) or an entrée ($22). It turns out, that either way you get an enormous number of mussels. The difference is that the dinner version comes with frites. You get to choose the sauce Marinieres (shallots, garlic, wine) or the cream sauce with saffron, shallots, cream and white wine. The mussels were terrific, although more than we could eat, along with several small toast slices to dip in the sauce or eat with the mussels. The ends of the toast pieces were a bit too dark for us, so we just trimmed them off.

One of our entrees was Beef Short Ribs with Mushroom Risotto, and like the salad and the mussels was a huge portion, but certainly possible to have for lunch the next day, perhaps a sandwich. The beef was tender and juice and the risotto creamy with a deep mushroom flavor. 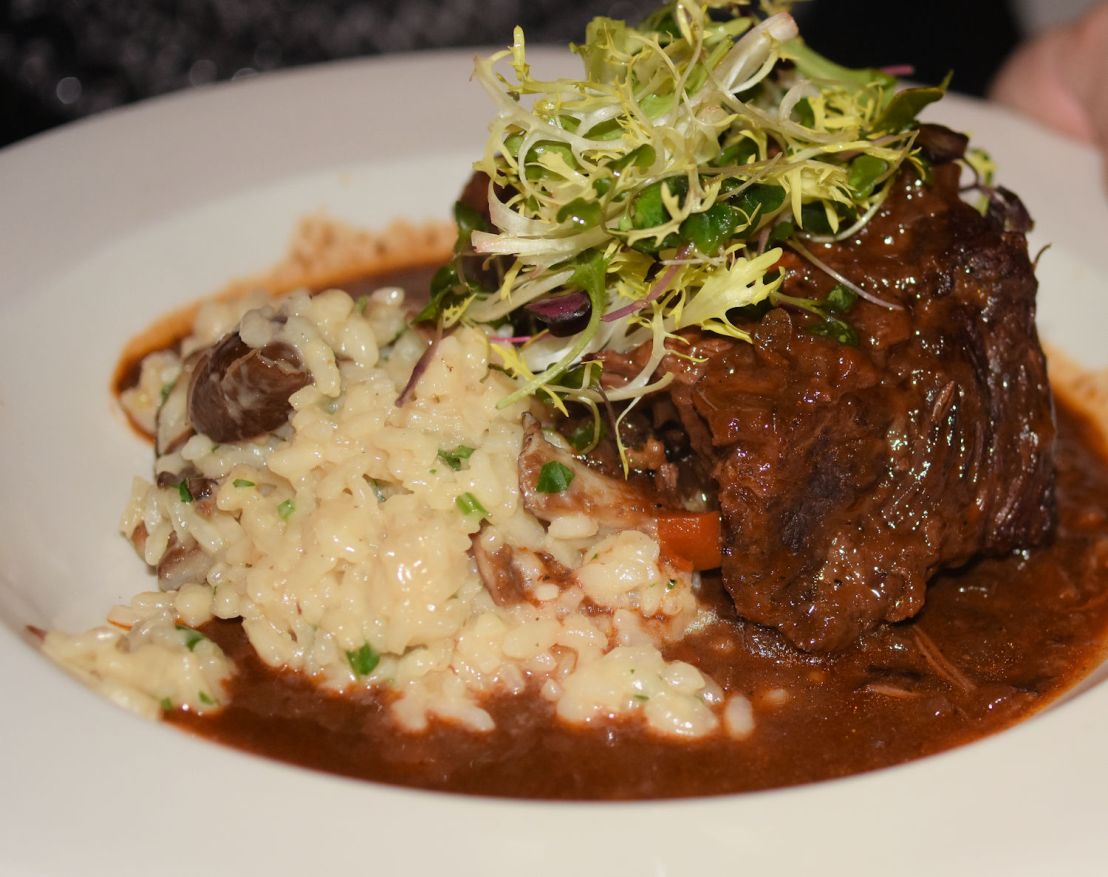 And finally, our other entrée was roast breast of duck with a berry sauce, shown above, and served with hash browns. Again, it was medium rare as we ordered and a very large but delicious portion. The duck was perfectly prepared and juicy, and went well with the berry sauce.

We didn’t have room for dessert, but did have coffee and tea. Special praise for Le Penguin as one of the few US restaurants that serves tea in a pot, already brewing instead of bringing a tea bag and some luke warm water.

Would we go back? Definitely. Le Penguin is a real gem and with their changing menu, we can pretty much be sure there will be a lot of things we’re going to want to try.  Congratulations to the owners on a great new place to eat in Westport! 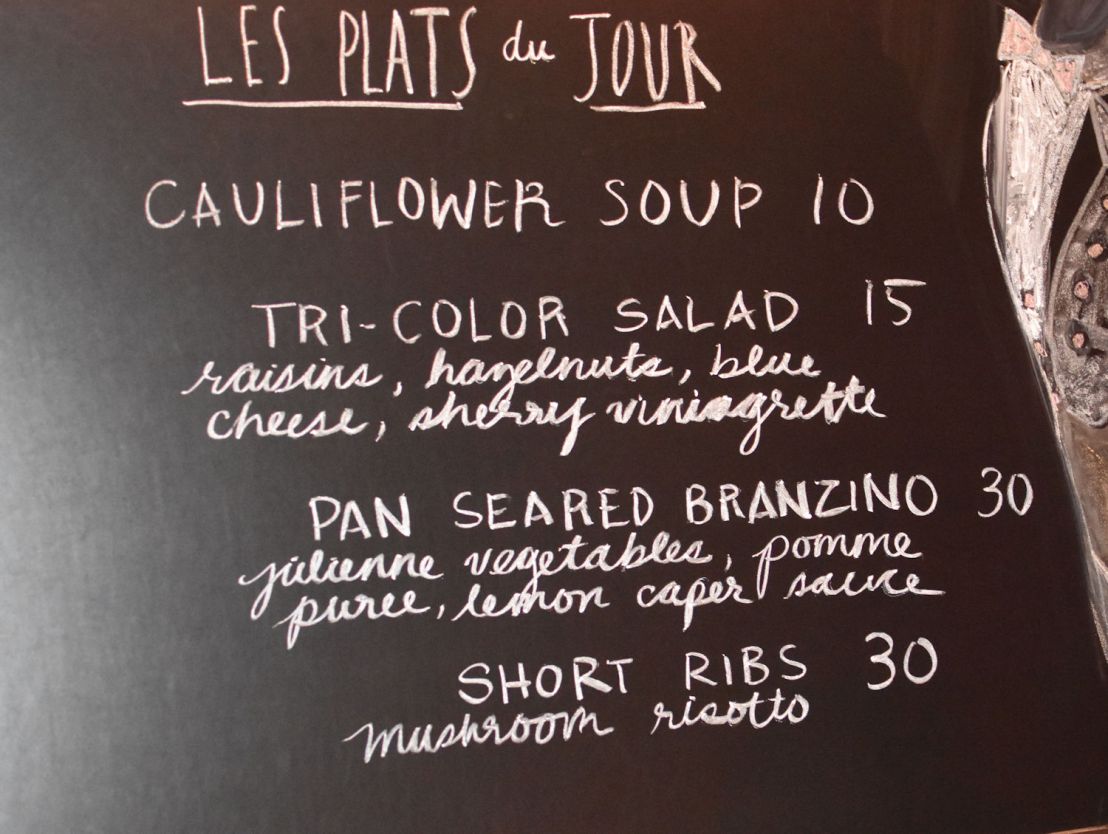 One thought on “Le Penguin in Westport”