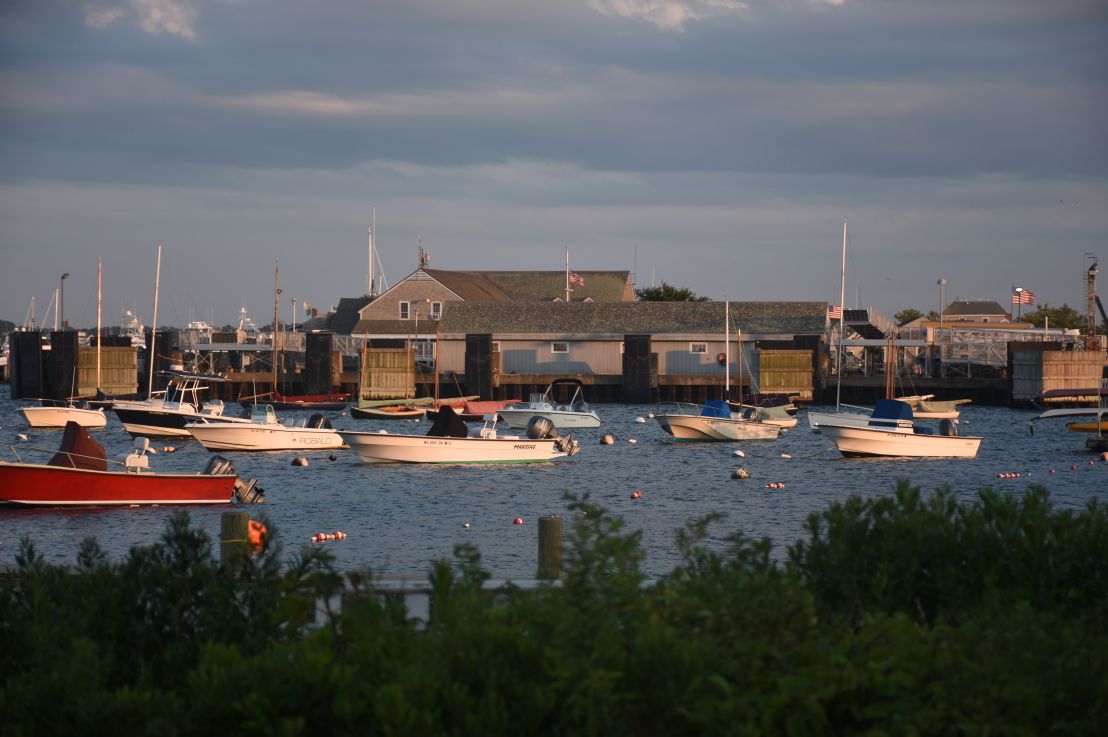 When you go into the Brant Point Grill at the White Elephant, you know you’ve made the right decision and come to a lovely, luxurious restaurant right on the Nantucket Harbor. You feel welcome from the moment you arrive, and everything about this restaurant is top notch from the food to the service to the gorgeous harbor view.

The restaurant is in an open porch with the harbor just beyond. In between is a lawn where children play until their bedtimes.  Brant Point Grill is essentially a steakhouse, although there are a number of other entrees on the menu if you aren’t steak-minded. The current menu shows Veal Osso Buco, Halibut Filet, Yellow fin Tuna, Corn Risotto and a Half Roasted Chicken. They also offer Lobster, Surf and Turf and Lobster Mac and Cheese (of course).

Right away, our waiter brought a basket of breads and a kind of cheese crackers along with some chilled butter. After deciding that we were both having steaks, we were going to order the Beringer cabernet by the glass, but ended up getting a bottle ($69), as this was far cheaper than their higher pedigree wines.

For salads, one of us ordered their Mixed Green salad ($14) and the other their Burrata salad with Backyard Beauty tomatoes. In both cases, these salads had some of the most flavorful tomatoes and greens of any we’d had yet had on the island. They were truly excellent.

One of use had the Filet Mignon ($49) and the other the Prime Aged Ribeye ($59). Both were perfectly cooked to medium rare and served with a dab of butter and a pitcher of béarnaise.  Several other sauces are available as well: Red Wine Jus, Peppercorn and Great Hill Bleu Cheese. You can also have your steaks Oscar style (with crabmeat) for $14 extra.

We got a dish of Truffled  Mashed Potatoes ($12) which were served on a trivet because they were so hot. They were smooth and delicately spiced. 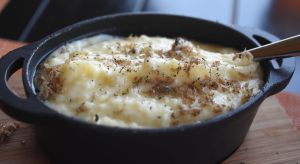 We can’t say enough good things about the Brant Point Grill as it was a simply perfect evening. It is not inexpensive, but the service, food and view are exquisite.