This fairly easy recipe is a simplification of the one on the Bakers German Chocolate bar. We show you a few shortcuts. Some people make this light cake and just decorate it with the coconut-pecan topping. We do that but ice the sides with chocolate buttercream icing to hold it all together. 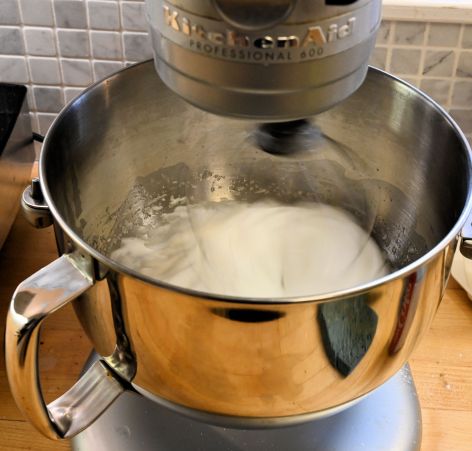 3. Cream the butter and sugar in an electric mixer

4. Add the egg yolks one at a time, beating after each addition.

5. Put the chocolate in a bowl with the water and heat in a microwave for about 90 seconds until melted. Stir until uniform.

6. Add the vanilla to the sugar-butter mixture and beat in the chocolate. 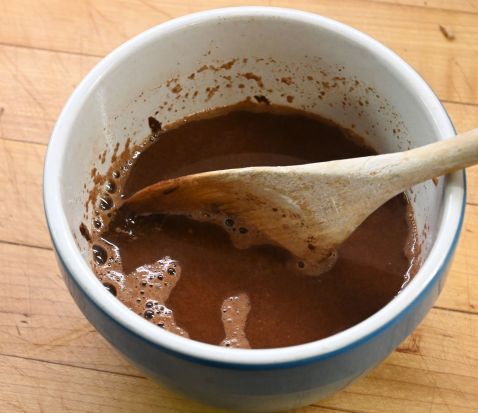 7. You don’t really need to sift and measure the flour, as we described in this article. One cup of sifted cake flour weights 112g, so just weigh 280 grams (which is 2 1/2  cups sifted) into a bowl and add the soda and salt. Stir briefly to mix. 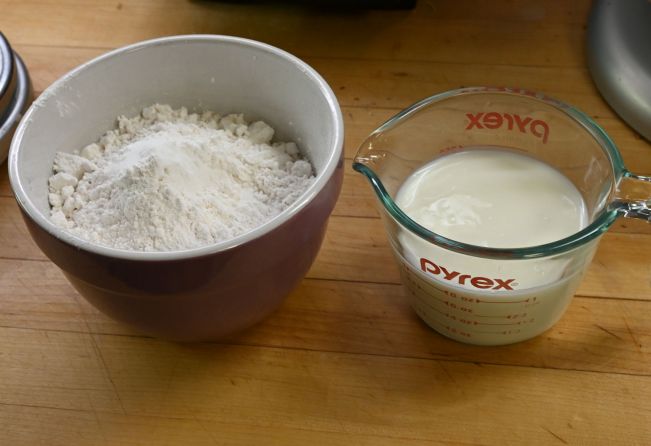 8. Add the flour mixture alternately with the buttermilk.

9. Fold in the egg whites by mixing in ¼ of them and then folding the rest in using a rubber spatula, dipping a turning the blade to mix in the whites without deflating them. 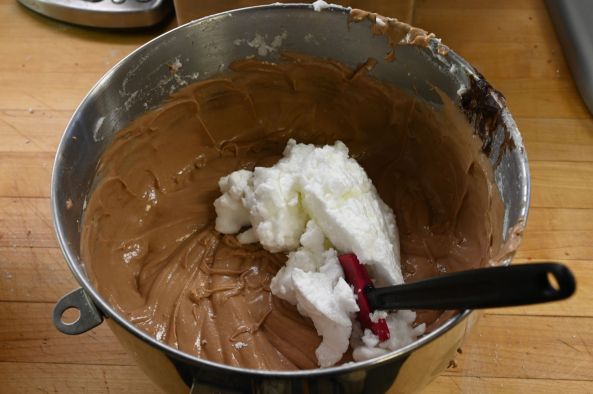 10. Line the 3 cake pans with parchment using the technique we described here. Butter the pans and the parchment. 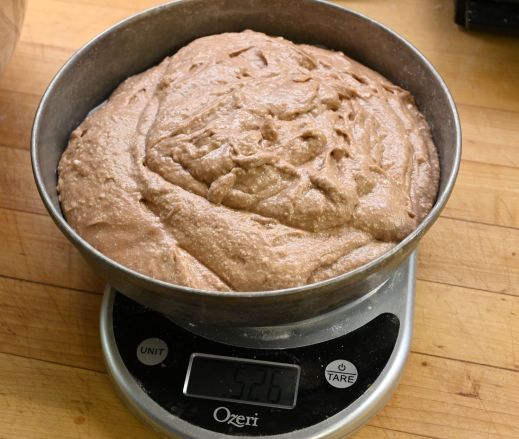 11. You now need to separate the batter into 3 equal parts. We do this by weight. The stand mixer bowl and contents weighed 3606g, and we know the empty bowl weights 1014g, so the contents weighed 1578g. Thus, we need to put 526g of batter in each of the 3 cake pans. We put each cake pan on the scale, press the tare button to zero it, and add 526g of batter. The third pan is always a little short because some batter sticks to the sides and to the spatula. So we steal a little from each of the other two pans to make them about even. It is still easier than eyeballing it!

12. Bake the cake in the pans for 30-35 minutes, until the cake starts to pull away from the edge, and a toothpick comes out clean. 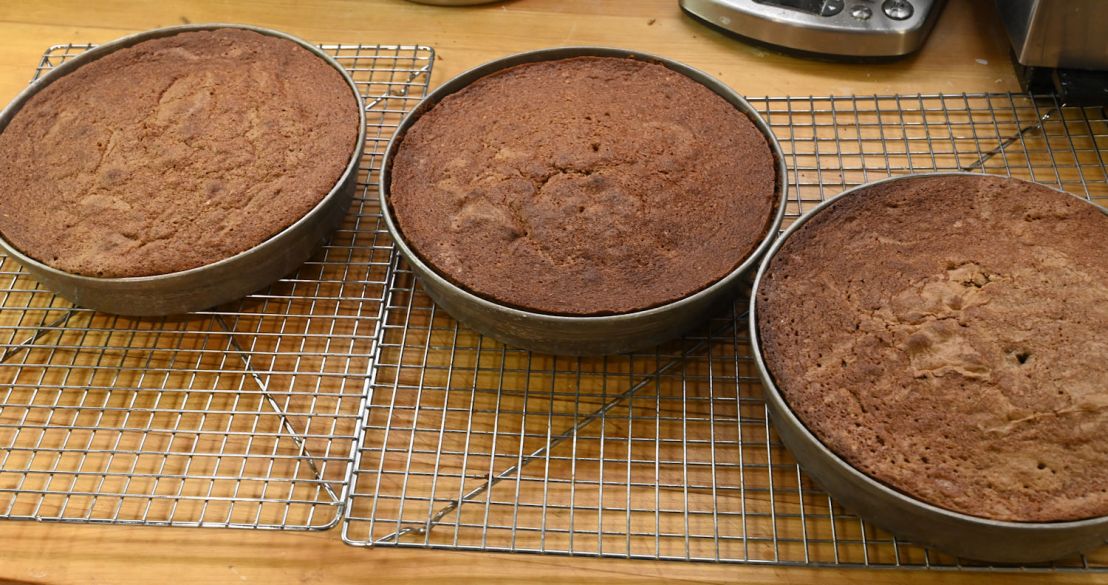 13. Let the cakes cool on a cooling rack, and then take the cakes out of the pans and let them cool completely.

It is easiest to ice the cake on a little rotating cake platform, but if you do, be sure to start with a cake cardboard under cake, as the layers are delicate and won’t pick up easily to move to a cake cover later.