Nikon’s new Z6 camera is the first of their mirror less full-frame cameras. It’s nominally a 24 megapixel camera much like my recent D7200. But while the D7200 is a DX format with a sensor that is 24  x 16 mm. The new Nikon Z6 has a full frame sensor of 24 x 36 mm, but with the same megapixel resolution. Is it better or just more expensive? All reports seem to indicate that the larger, sharper pixels. 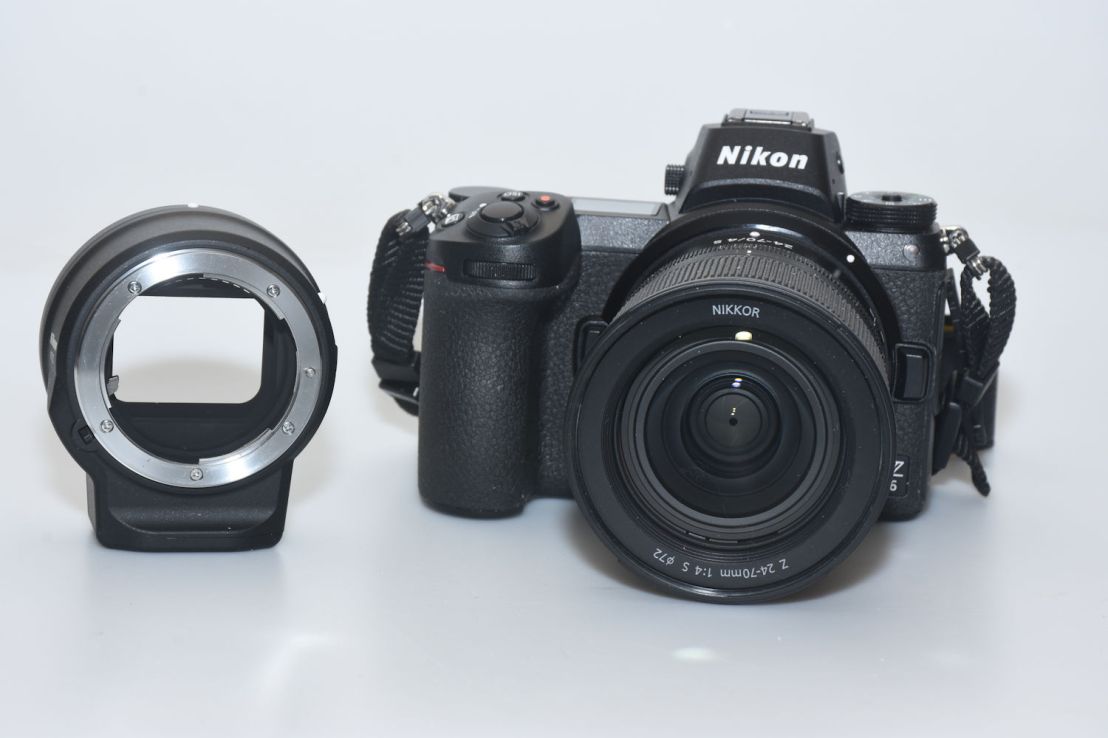 The Z6 is a camera you can enjoy handling. It is about 3 oz lighter than the D7200 (both with their default kit zoom lens) and much thinner. It is very easy to hold. Unlike the D7200, the Z6 has no built-in flash, but that is no great loss because the built in flash on all these cameras isn’t that great. But the flash connector works fine with my SB-800 flash.

Because the camera is mirrorless, the display and viewfinder are electronic and sharp as a tack. In addition, vibration reduction is built in, so you get a sharper picture by default than you could ever get in camera with a flip up mirror.

With the Z series (there is also a 45.7 megapixel Z7), Nikon has introduced a new Z lens mount that supplants the F mount of the past 40 years or so. The opening is a bit bigger, and the new technology it includes will allow lenses as sensitive as F/0.95.

Nikon also has introduced a $250 adapter for F-mount lenses (shown above), but only some of the most recent lenses seem to work with it. Neither of my fairly recent full frame lenses allowed autofocus to work, so look at the table of supported lenses before ordering it. Nikon has also released a roadmap of new lenses they will be introducing in the next 3 years.

The buttons and controls are very much like all my previous digital Nikons, so for the most part you will find it pretty easy to use. However, there are some exceptions.

Formatting the memory card is no longer something you can do by pressing two buttons at once: there just aren’t as many buttons on this camera body. But rather than hunting for the Format menu item, you can easily add it to your private menu favorites (My Menu) so you can find it more quickly. I usually copy photos to my PC about once a day and then format the memory card, so this is much handier.

I was surprised to discover that out of the box, there is no display of the photo you just took: the display goes live right away. If you want to look at your latest shot, you have to press the right-arrow button at the top left corner of the camera. There is a way to change this, however, using the Image Review menu item in the Playback menu. This took me quite a while to find, but after trying the setting both ways, I can see some advantages to each. For very rapid action shooting, that review is in the way, but if you are taking candids or covering an event where you need to make sure of your last shot, turning on Image Review will help.

The Z6 is also provides WiFi connection, which should allow you to transfer photos wirelessly. But like a number of other people who have tried this feature, I simply could not make it work. Fortunately, photos transfer very quickly using the provided USB cable. I now have 3 such USB cables: one for my D80, one for my D7200 and one for my Z6. So, when travelling be sure to pack all the cables you might need.

The display is bright, sharp and crisp, as is the viewfinder display, making you appreciate the quality of this camera’s features. However, this does have battery implications: you will probably have to change the battery every few days, while for the D7200, I could sometimes go a week or two between battery changes.  Fortunately, both cameras use the same charger and can use the same EN-EL15 batteries.

How sharp is it?

Below is a lovely shot I took in Martinique using our workhorse Nikon D7200. Can the Z6 do any better?

Well, not having another trip planned, I decided to do a couple of local tests. Below is a forest scene near our house.

I took the same shot at about a 50mm focal length with both cameras, with aperture priority set to f/11, using the same autofocus settings. At full frame the two pictures look pretty identical. You can see them at full resolution here for the D7200 and here for the Z6. Below, are details from both shots. It is pretty clear that the Z6 is much more detailed.

And what about our dog Edward?

Here he is full frame, and here he is in details from both cameras. No question that the Z6 is much sharper. Of course he dozed during  D7200 shot and that could be why he looks “less sharp.” 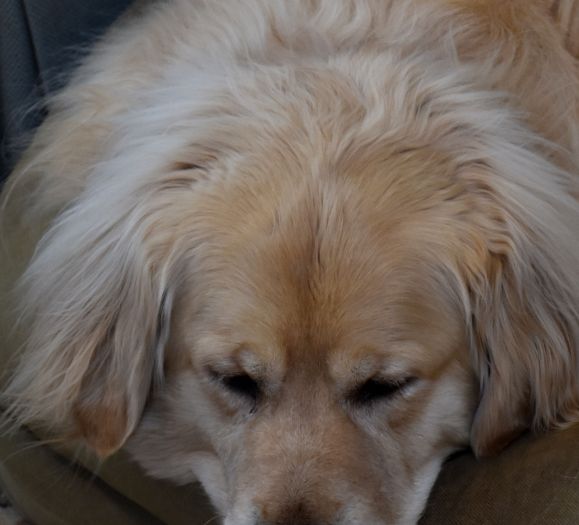 Having used the camera for about a week now, I am really impressed with the incredibly sharp pictures in the viewfinder, on the display and expanded on my laptop. It is the sharpest digital camera I have ever had and I plan to keep it.

Oh, and incidentally, the Z6 uses only relatively expensive XQD memory cards, and the package (camera plus lens) does NOT include a memory card. Make sure your order includes one!