The Summer House restaurant and inn is on the ‘Sconset end of Nantucket, overlooking the ocean. The restaurant itself is white and colonial looking with several lovely dining areas with white table cloths and attentive staff. When last we visited in 2015, we were impressed with it quiet elegance and cuisine. 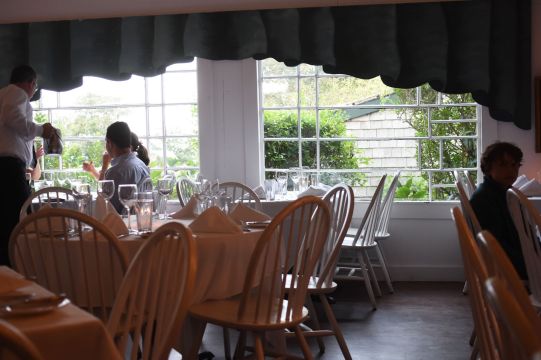 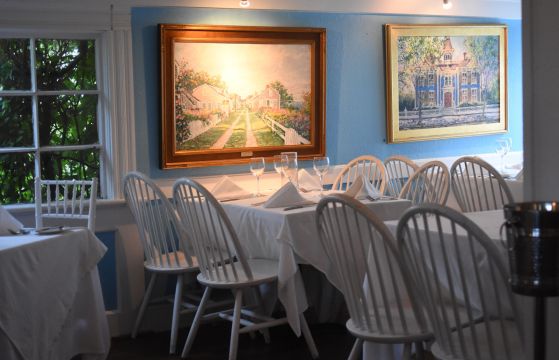 This year, we would have to say that the aretirement community staff was asleep at the switch. The menu is similar to other years and like many Nantucket restaurants, it dominated  by seafood.

We started with excellent Corn Crusted Oysters ($24), crunchy and delicious and with an order of Crab Cakes ($25) that were chock full of excellent crab. In fact they could easily have been a main course. 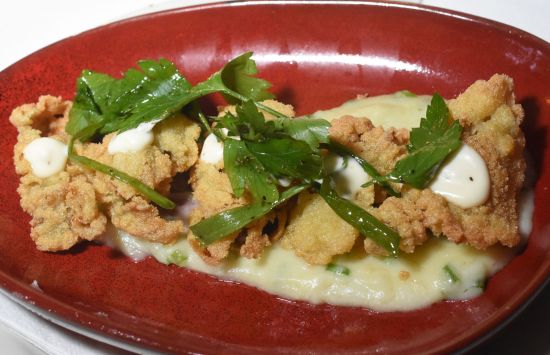 However our entrees were not at all up to snuff. What was billed  as Flounder Meuniere ($40 !!) turned out to be a huge piece of white, steamed, and relatively tasteless fish. A meuniere preparation starts with browning the fish and serving it with brown butter, lemon and capers, but instead, this lump of white fish had about 5 capers, with no brown butter or lemon to add flavor at all. Just to prove they did know how to prepare this dish, below is a picture of Fluke Meuniere we had there two years ago. (Fluke and Flounder are essentially the same fish.)

Our other entrée was Chicken Milanese ($34), with arugula, heirloom tomatoes, mozzarella, fingerlings, lemon vinaigrette, and  balsamic glaze, which looked fine, but the underlying fried chicken patties were greasy. We suggested to the waiter when he cleared the table that the cooking oil was at too low a temperature, and he came back to tell us the chef had agreed and the “problem had been fixed.” He took the price of one of our glasses of wine off the bill, which came to $165 with tax but before tip.

With that experience under our belt, we decided to have dessert elsewhere, and decamped to the Island Kitchen for ice cream. 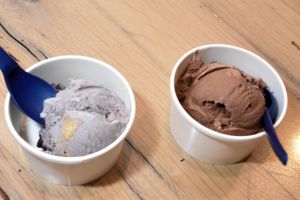 One thought on “The Summer House: a disappointment”