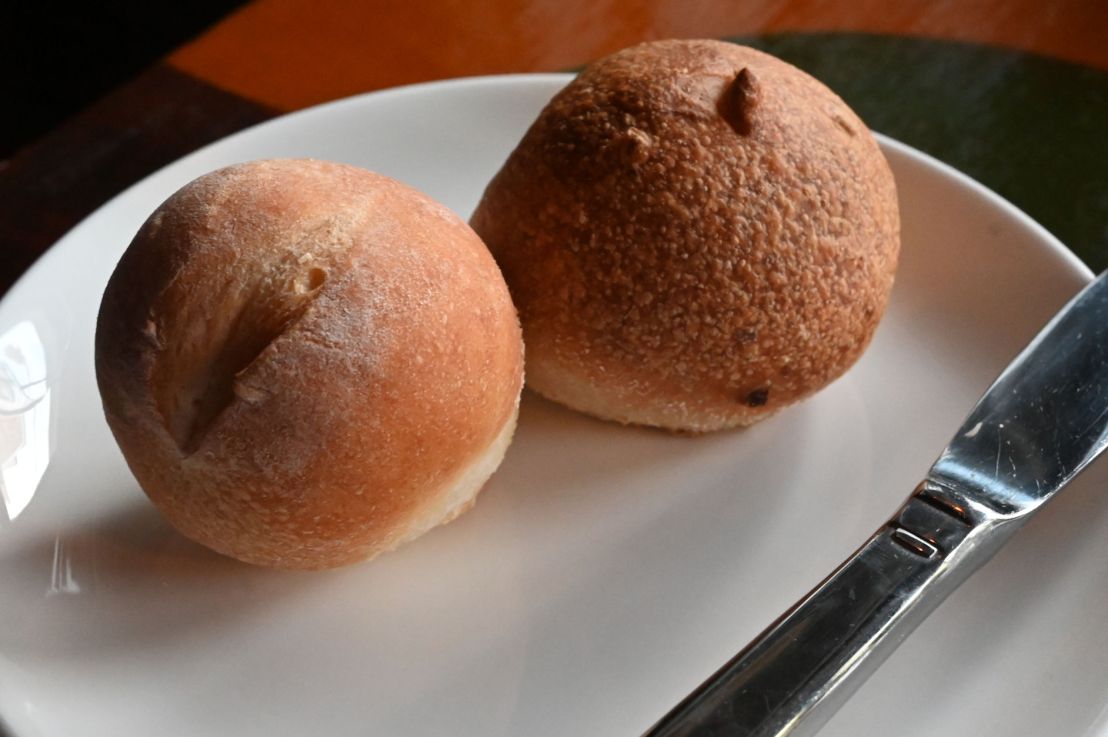 American Seasons has been helmed by chef/owner Neil Ferguson since 2015 and they had been doing quite well. But last night was simply an embarrassment. Maybe Ferguson was away and maybe the B team was in the kitchen, but we came away really disappointed and downright annoyed. 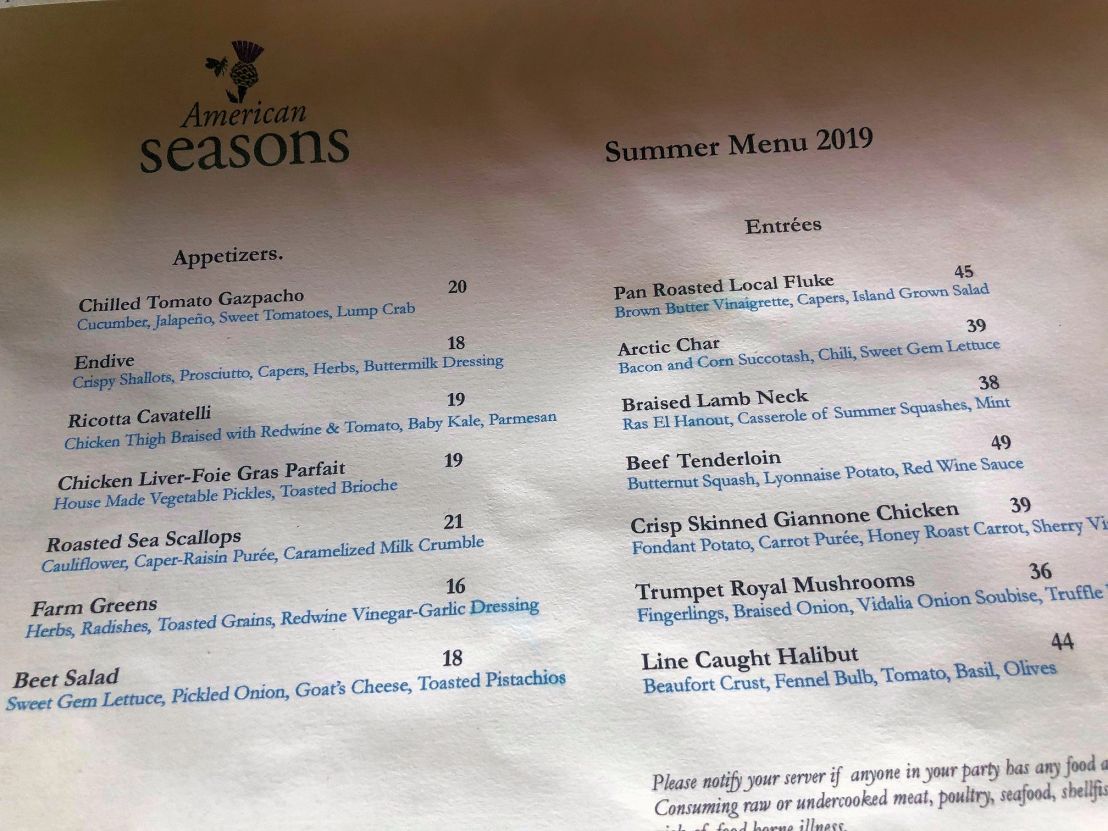 The diminutive menu was delivered on one side of a single 8 ½ x 11” sheet, somewhat rumpled and stained. It has only 7 entrees and 7 appetizers, and last night it was hard to pick one we really wanted to have: none of them sounded very good. And they weren’t.

To be fair, the hot dinner rolls they served with butter were very good and one of the appetizers was quite good, but it went downhill from there. 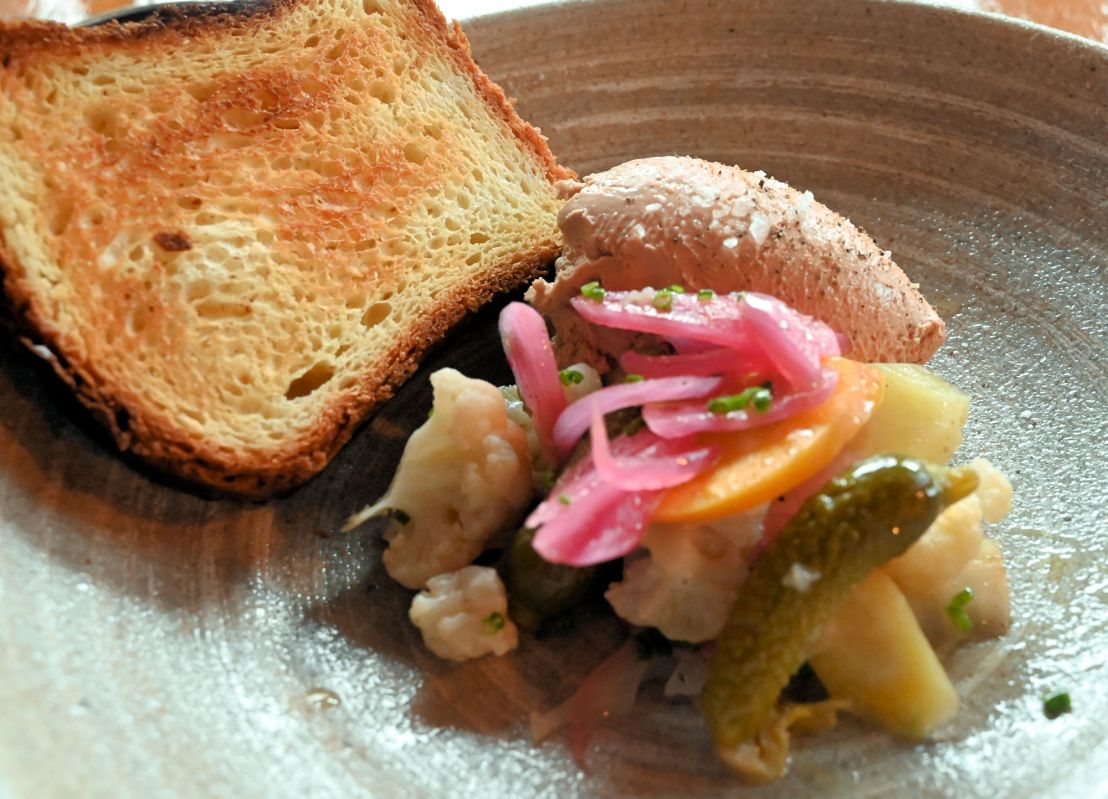 That really good appetizer was the Chicken Liver Foie Gras Parfait with House Made Vegetable Pickles, and Toasted Brioche ($19). In Paté speak, a parfait is a smoothly ground mixture of meats. And it succeeded: it was silky smooth and delicious. We probably could have used more brioche to finish it off, but we held back to save room for our entrée. Bad decision. 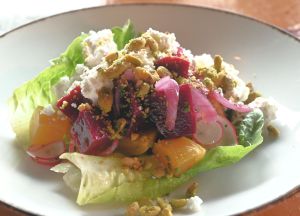 The other appetizer was a fairly ordinary beet salad ($18). Nothing special about it. 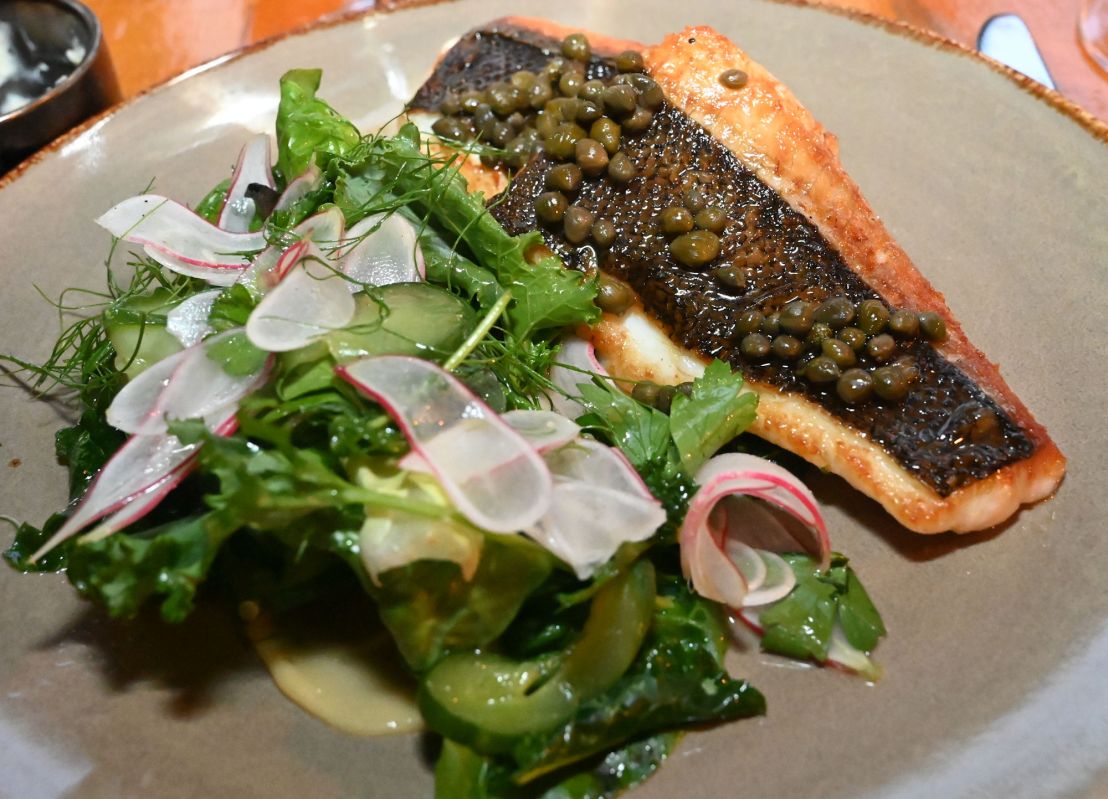 But my entrée, the Pan Roasted Local Fluke Brown Butter Vinaigrette, Capers, and Island Grown Salad ($45) was a horror. It was smothered in capers, the vinaigrette was very sour, and the fluke was tough and dry. We left it unfinished. 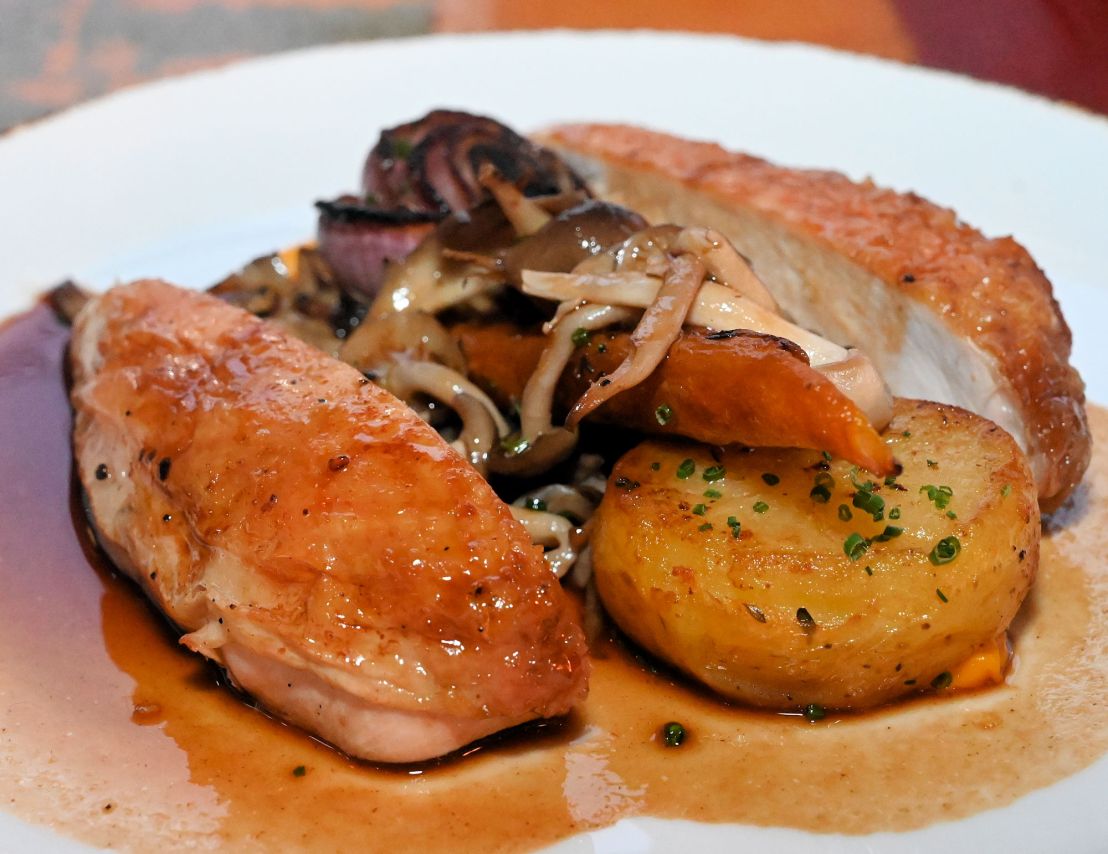 And the other entrée, Crisp Skinned Giannone Chicken ($39) with Fondant Potato, Carrot Purée, Honey Roast Carrot, and Sherry Vinegar Jus, was tough and dry. All of the chicken was chicken breast and it was just overcooked. Now the Giannone chicken procedure involves brining the chicken overnight and then air drying it to produce tender meat and crisp skin. Neither was in evidence.

We’ve written about American Seasons here, here, and here, and in all cases the result was better than this disappointing evening. It doesn’t seem that the kitchen was trying very hard especially considering the prices. Our bill with 3 glasses of wine, including tax was $186.18.