Le Languedoc remains an island favorite and one of ours for many years. This year we were a bit surprised by some of Chef Nastus’ minimalist preparations, though and we thought we’d share them with you. 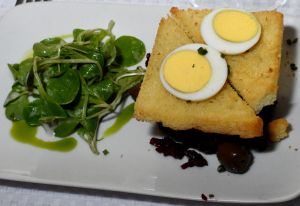 Perhaps the strangest one was the Chilled Roasted Beet salad ($14.50), which was two pieces of bread covering a huge cylinder of cold, chopped beets, topped with two slices of hard cooked egg.  Alongside was some Mache lettuce. Perhaps this was intended as a do-it-yourself kit? Even so, there were an awful lot of beets there.

Our other appetizer was Pressed Veal Sweetbreads ($18.50) with creamed spinach and fried leeks. It had such a heavy, dark flavor, it tasted more like chicken livers then the usual light taste of sweetbreads. If you compare that preparation with last year’s sweetbreads dish with parmesan, pancetta and pea risotto, you will see the difference.

The minimalism continued with Sautéed Chatham Cod with garlic spinach and lemon caper butter ($32.00) which really basically amounted to some plain cod on top of some spinach. 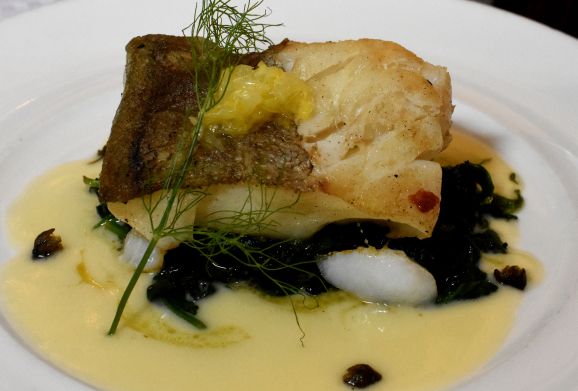 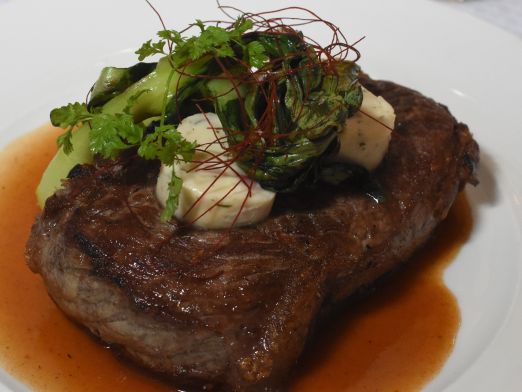 And finally, the Niman Ranch Sirloin ($46) with baby bok choy and bone marrow maitre d’ butter was just a big piece of steak with a little butter on it. We would have done better ordering the traditional Steak Frites for $29.

Our dessert, which we didn’t photograph, may have been the best part: a butterscotch chocolate sundae, which we shared.

The bill with tax and 3 glasses of wine, but before tip was $191. That wasn’t minimalist, for sure.