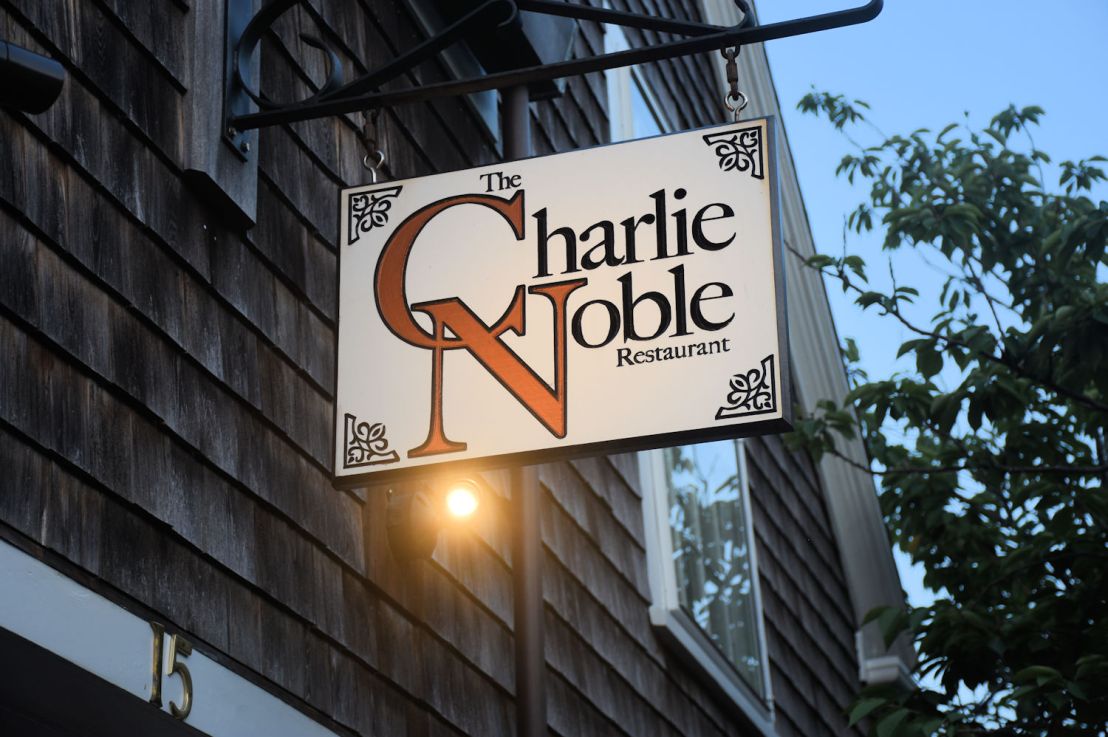 The Charlie Noble has come a long way since we reviewed it last year.  (As you may know, the phrase “the Charlie Noble” referred in about 1850 to the smokestack from the ship’s galley.)

The basic outline of the menu remains the same but it is smaller and more focused. They’ve done away with the not very successful fried chicken and, if we recall, some huge seafood dish as well.  But what they now have is really quite successful and has turned Charlie Noble into a family sort of pub. 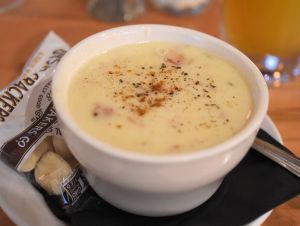 While their current menu is too extensive to review in detail, we decided to focus on the simple things like sandwiches, burgers and fries. We both ordered a cup of their clam chowder, and found it had a decent number of clam pieces as well as some bacon, and, of course, potatoes. We thought it was very good.

Then, one of us ordered a Codfish Sandwich, beer battered with tartar sauce, lemon and romaine lettuce for $17. This was good, but too big to be considered a sandwich, and an awful lot of fish for one person. The fish was tender and hot with a nice flavor. 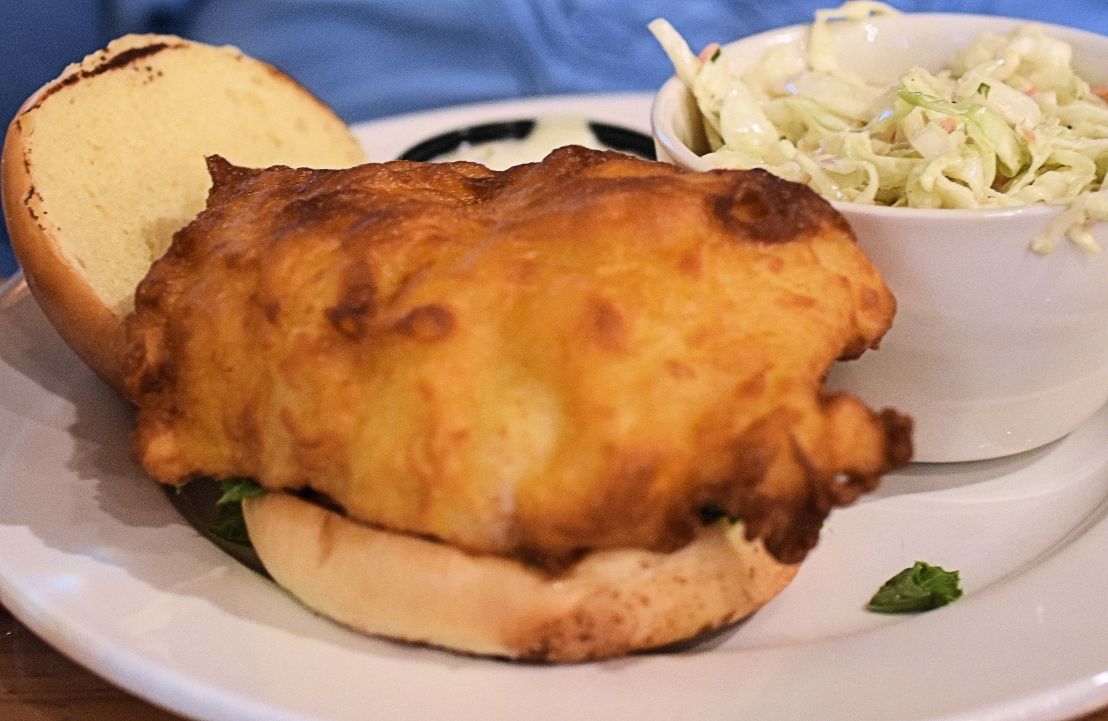 The other ordered the smallest burger on the menu, called the All American Burger ($17) which was an 8oz stack of 2 prime beef patties, with yellow cheese, mustard, pickles and ketchup. We asked the waiter to serve it medium rare, but he said that since the patties were quite thin, that wasn’t possible, but that they would be pinkish. They were indeed, but this is a lot of sandwich, and way too much for a child, for example. We hope they have a children’s menu, because the only other burger is the Fat Chad, which is a triple patty monster. 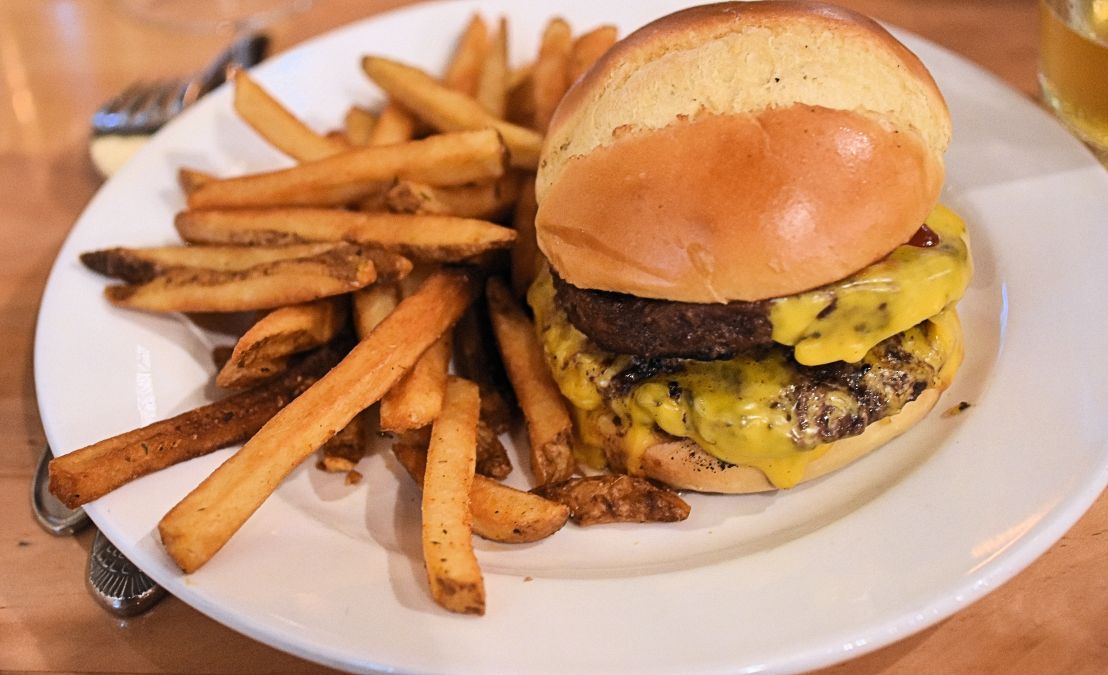 The French Fries were quite good and a great improvement from last year. And the harbor view out the back window is as lovely as ever. But we don’t see what younger patrons or those with modest appetites would order. We hope they continue to work on it, and this is a great improvement from last year, and wish them great success. Maybe offer a single patty burger. And how about real cheddar cheese? Just a thought.